ABOUT US
ABOUT YUNJI
QUALIFICATIONS & AWARDS
CORPORATE CULTURE
Yunji Milestones

The COVID-19 outbreak in early 2020 disrupted many people's travel plans and business trips. Now, as COVID-19 has been effectively controlled in China and the national economy is gradually recovering, travel and business trips have quickly back on track. I don’t know how many people have an experience like me: walking into a hotel after a year, feeling completely dazzled by the robots shuttling in lobby and hallways…

To be specific, as I stayed in a hotel in a third-tier city on a business trip, the slippers in my room were accidentally soaked. Hence, I called room service asking for a new pair. A few minuets later, my phone rang and I picked up to hear an AI voice, asking me to open the door. When I opened the door, a robot with huge “belly” stood right in front of me. Clear instructions were on the screen, I pushed the button and its “belly” opened up. After I took the slippers out, it turned back and left…

I was not ignorant of service robots landing in hotels. But I didn’t know it was so common that I could see it in smaller cities. To some extent, this proves that with the rapid development of the "contactless economy", hotel service robot industry is gaining momentum.

The Hibernation and Peak of Hotel Service Robots

For the fast-developing hotel service robot, IoT think tank interviewed Lin Xiaojun, CTO of Yunji Technology. According to him, after an early stage of market experiment, the hotel service robot industry has entered a phase of rapid growth in the past two years, with a growth rate up to 200%-300% since 2019.

As an early comer in the industry, Yunji successfully landed the first intelligent commercial hotel service robot "RUN" in 2016. According to Lin, Yunji Technology focuses on this industry out of its consideration in technical maturity and commercial profitability. 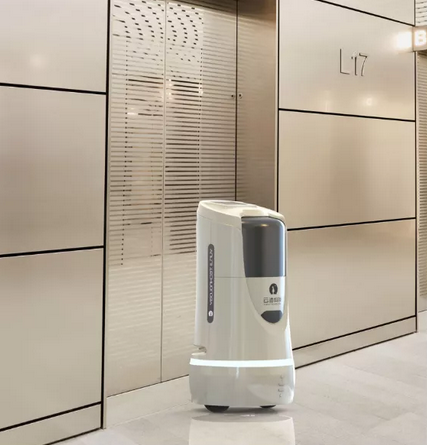 For movement ranging 10-100m, to a technology extent, the development in hardware, algorithm, data transmission and other aspects is relatively mature. Within this range, the hotel can maximize the application value of service robot as a 24/7 non-stop operation scene.

In terms of commercial profitability, given that the hotel industry is highly standardized, for all kinds of hotels, procedures like guest reception and check-ins are all necessary, and guest delivery needs are basically toothbrush, slippers, takeout, etc., it is easy to form a large-scale, replicable, easy-to-promote overall solution. Besides, for hotel chains, fast deployment in big and small cities is very convenient.

In fact, service robot is a product that continuously release value. After purchasing robots and relative solutions, business can obtain returns through continuous application and service. For example, hotel service robot can upgrade guest experience and improve OTA ratings. Hotels with a large scale tend to equip a mature operating system and sufficient cash flow to support intelligent digitalization, and can also make the early test stage affordable.

Of course, many people are outsiders of this industry. So they only saw hotel robots springing up in the wake of the pandemic while the truth is quite the contrary. This industry had experienced a period of hibernation and exploration, and hotels had reservations in using robots due to their principle of “customers first”.

First, in the exploration phase where domestic robot technology had not matured, the high cost of service robot was not affordable to all hotels. Second, in the initial stage, hotel robots still needed test, improvement, data accumulation. It was a challenge for service-oriented hotels. Finally, hotels needed to develop a set of feasible operation and management mode on service robots, so as to gain profits as soon as possible on the premise of ensuring guest experience.

Therefore, in the initial stage of service robot deployment, Yunji went through a period of technical upgrading and market education in the hotel industry. The reduction of service robot costs also led to a reduction of threshold, and the improvement of stability and function further promoted hotel acceptance to service robots. Nowadays, hotel service robots have witnessed a transformation from an advantage favored by guests to an indispensable part in the intelligent upgrade of hotels.

In the field of industrial robots, robots are mainly used to complete construction operations in high-risk environment and repetitive work on the assembly line by the logic of "machine replacing human". But in the field of service robots, the focus isn’t shifted away from “service” itself. And in many aspects, machines clearly cannot offer the initiative and comfort of human service.

As Lin mentioned, the value of hotel service robots is to relieve human labor and provide some more valuable and considerate service, thus improve overall efficiency and guest experience. Robots will not simply take the place of human labor in hotels. 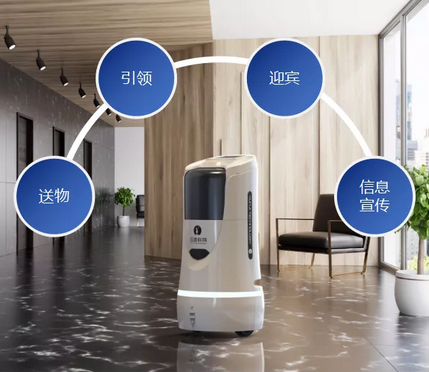 Environment precisely. And various other sensors allow it to sense surroundings in all directions, avoid people flexibly. Through data accumulation and analysis, the core algorithm’s reliability is constantly improved.

At present, HDOS can complete tasks such as AI answering telephone inquiries, smart assignment of service tasks, pick-up and drop-off service of robots and intelligent vending machine. Meanwhile, “RUN” can be linked to the existing vending machines in hotels, and deliver commodity for guests, increasing non-room revenue for the hotel. In the future, Yunji will continue to expand its function in baggage carrying and room linen preparation.

In the future, with the continuous development of mobile communication technology, the Internet of things, big data and AI, the robot industry will become increasingly common and robot will become an intelligent terminal that coexists with human beings. Especially after the upgrading of China's consumption structure, people's acceptance of intelligent services is also increasing.

However, in the landing process of robot industry, user acceptance and approval are only the first step. To really achieve normalized development, humans and robots will need to reach a "social contract", how can the two sides reach "mutual understanding" and peacefully coexist will be key to deciding robot application in human society.

Of course, every robot action needs to be driven by user needs, but not every action can arouse human understanding and avoidance. For the reason behind it, I think it that market education is still in an early stage, and a lot of customers haven’t realized that every robot action is a response to human needs.

In the future, humans and robots are bound to reach a contract on coexistence, so as to truly achieve the large-scale promotion and application of robots.